In recent years we have seen unprecedented debate concerning the legitimacy of trade agreements, widespread concern about the potential effects of globalisation and a dangerous resurgence of protectionism which has the potential to profoundly impact economic development and trade arrangements throughout the world.

Today, more than ever, universities have a critical role to play in supporting the pursuit of effective, transparent and responsible trade policy which is both responsive to economic challenges and enables countries to capitalise on the opportunities presented by the global economy.

The Institute for International Trade works closely with our partners to develop and maintain a deep dialogue with government, business, civil society and the wider public. 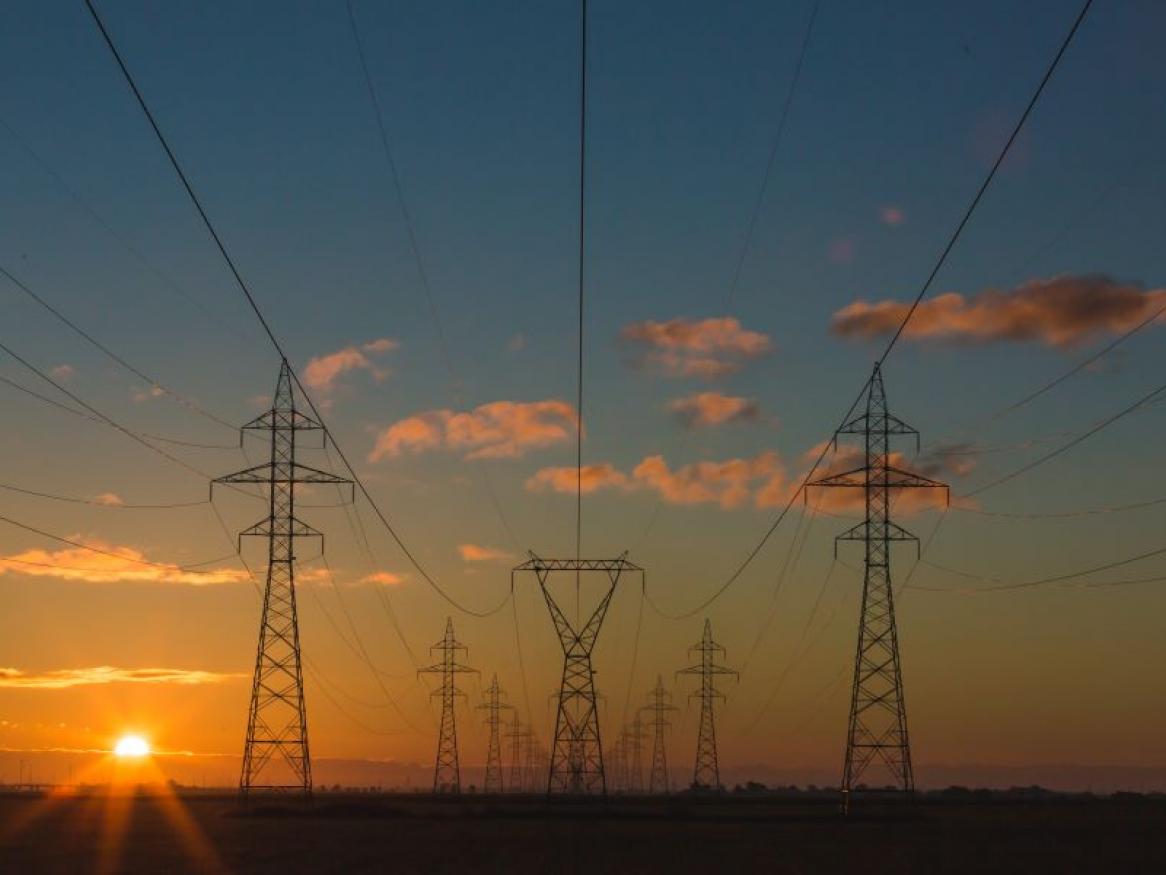 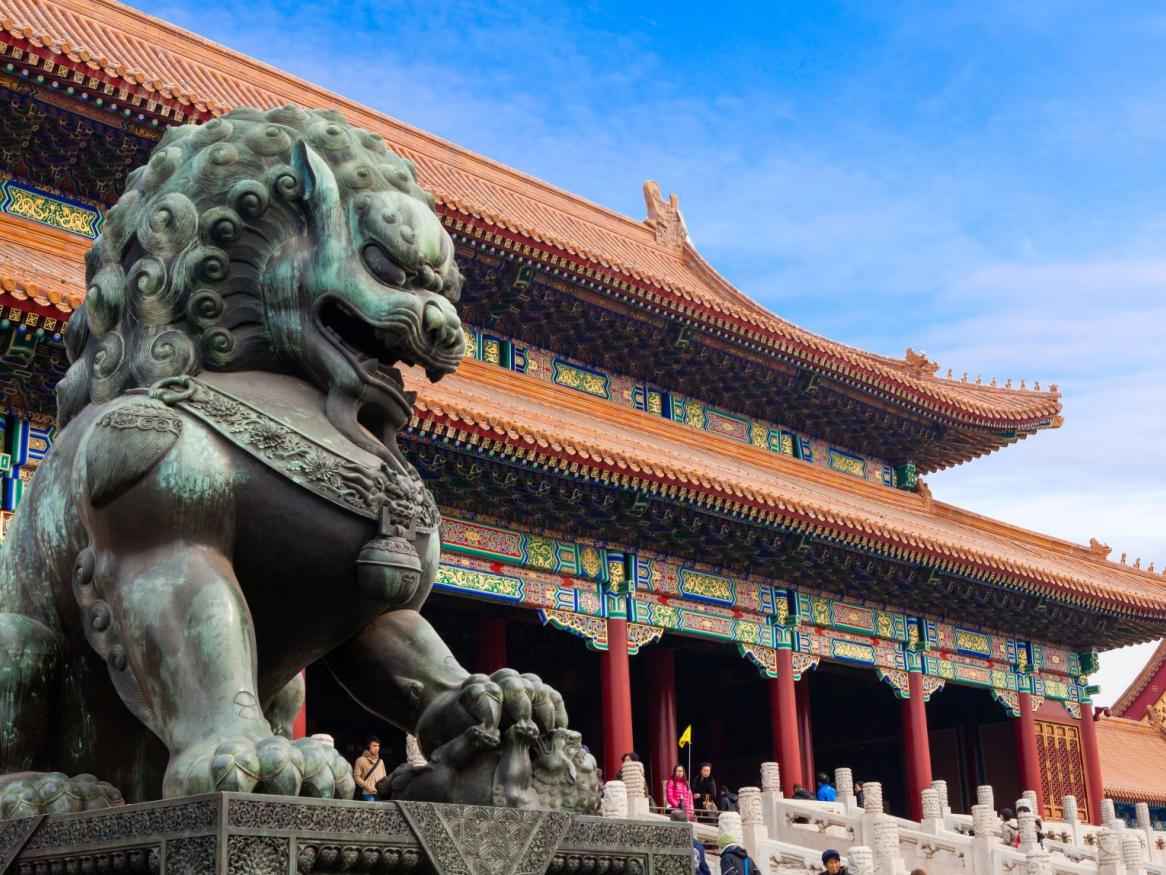 Jim Redden, Trade and Development Expert, Institute for International Trade, University of Adelaide.
Australia’s regional economic diplomacy has lost its way in recent times in the Indo-Pacific region. The new Albanese-led Labor government recognizes that there needs to be a reset in its trade and aid paradigm in the Indo-Pacific, in order to restore strong relations with our Pacific neighbours, as well as thaw the diplomatic freeze with China on trade. This op-ed identifies four components that could serve as the foundation for this new paradigm. 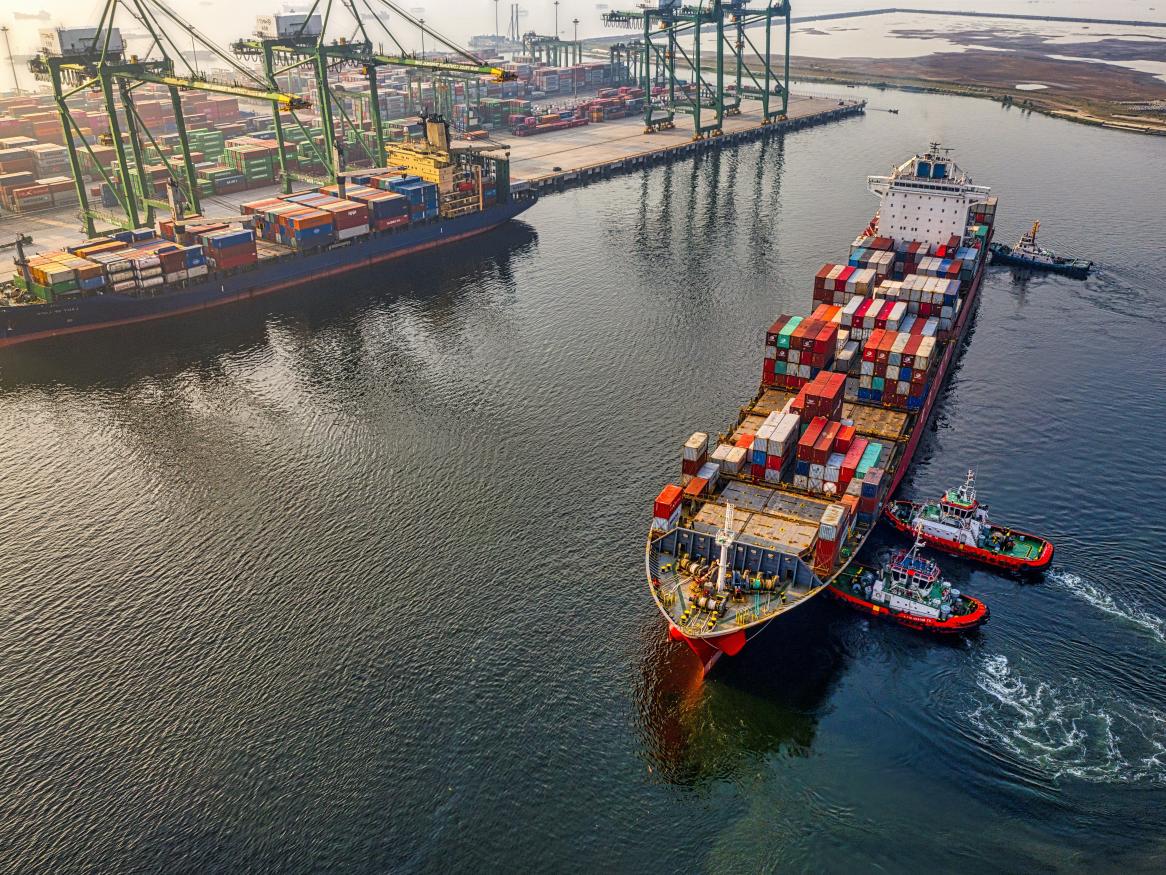 Mike Adams, former Department of Foreign Affairs and Trade (DFAT) economist. Ron Wickes, past Director of the Trade Analysis Section of DFAT, Nicolas Brown headed DFAT’s branch for analysis and strategic advice on trade and economic issues.
On a range of measures, Australia’s exports have become more concentrated on China since 2000. Yet geopolitical tensions, intensified by China blocking key Australian exports over the past two years, has fuelled a debate over export diversification to reduce vulnerability to economic coercion. This policy brief argues that much of the debate misses key facts about Australia’s economic options, and argues for economic reform and regional cooperation to support diversification.

Read more about towards a comprehensive strategic approach to export diversification 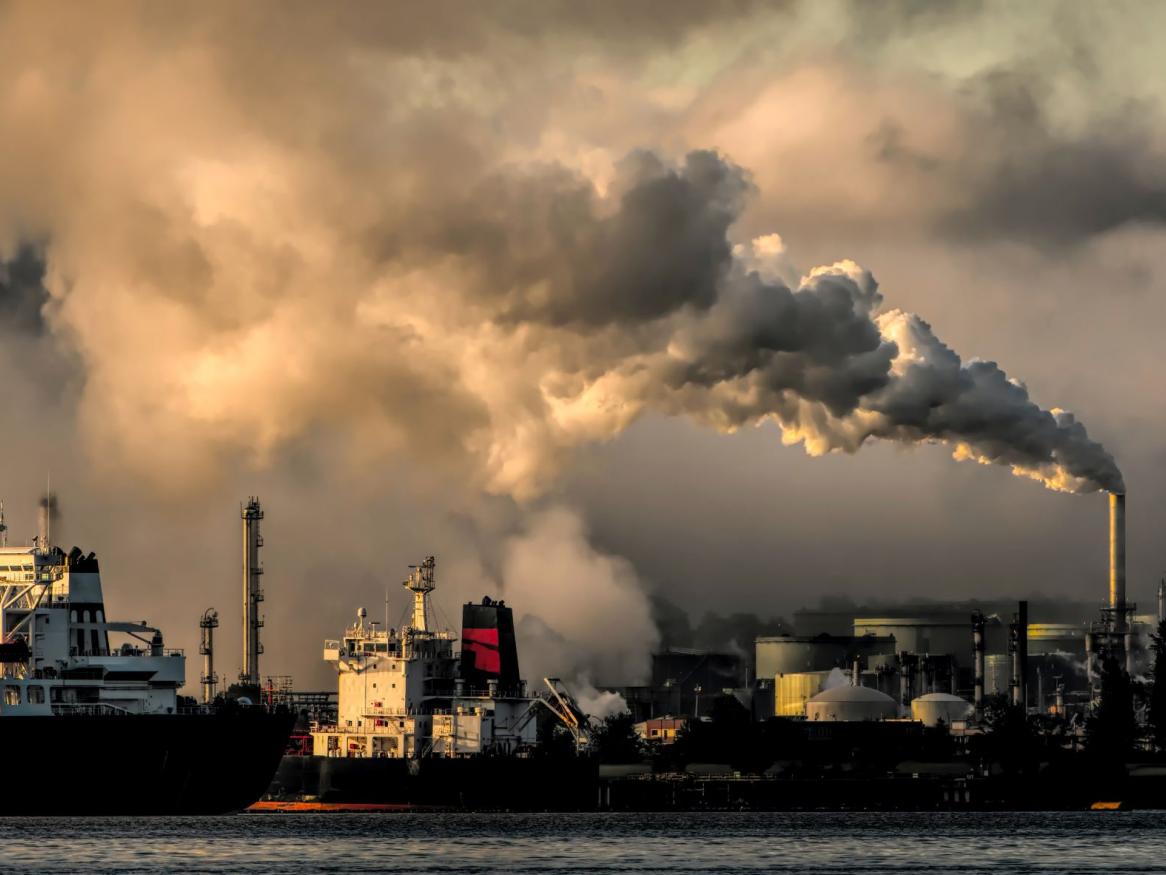 WORKING PAPER 09
Despite several attempts and significant progress, broad agreement on the most appropriate way to manage conflicts between international trade and environmental issues has yet to emerge. Consequently, this paper begins with a search for a set of principles to guide the use of border adjustment mechanisms to ameliorate global environmental problems or, as economists call them, global externalities.
Ten principles are developed, and then applied to the European Union's current CBAM design, and recommendations for improving that design are put forward. As this CBAM is rooted in the EU's Emissions Trading System, broad recommendations for aligning the ETS with the principles are also offered. 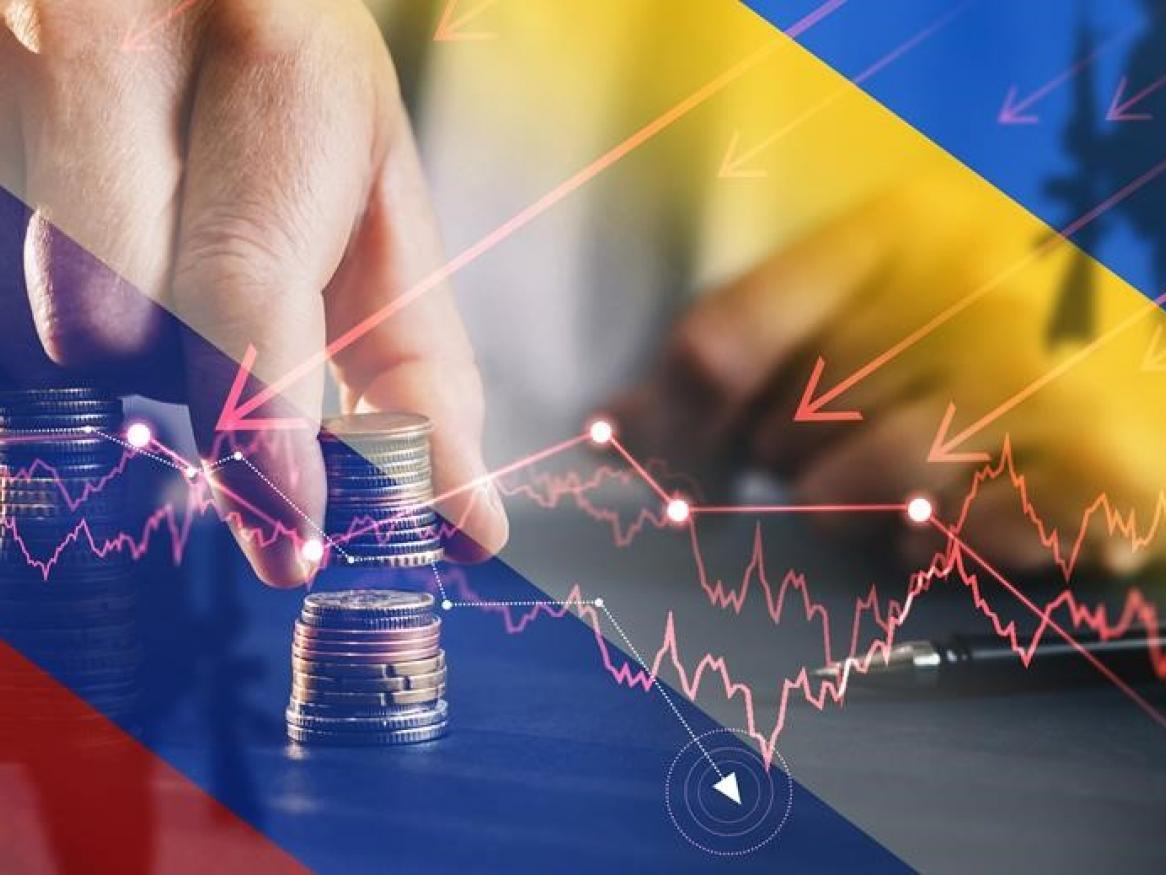 The Russia-Ukraine War, Sanctions, and the G20's Relations with Russia

Wednesday, 4th May 2022 .The Institute for International Trade (IIT) and the G20-related Trade and Investment Network (TIRN) hosted an interactive webinar on The Russia-Ukraine War, Sanctions, and the G20’s Relations with Russia. The West answered the invasion of the Ukraine by Russian troops with swift and unprecedented sanctions, which addressed both the political nomenklatura and the economy.

Read more about The Russia-Ukraine War, Sanctions, and the G20's Relations with Russia 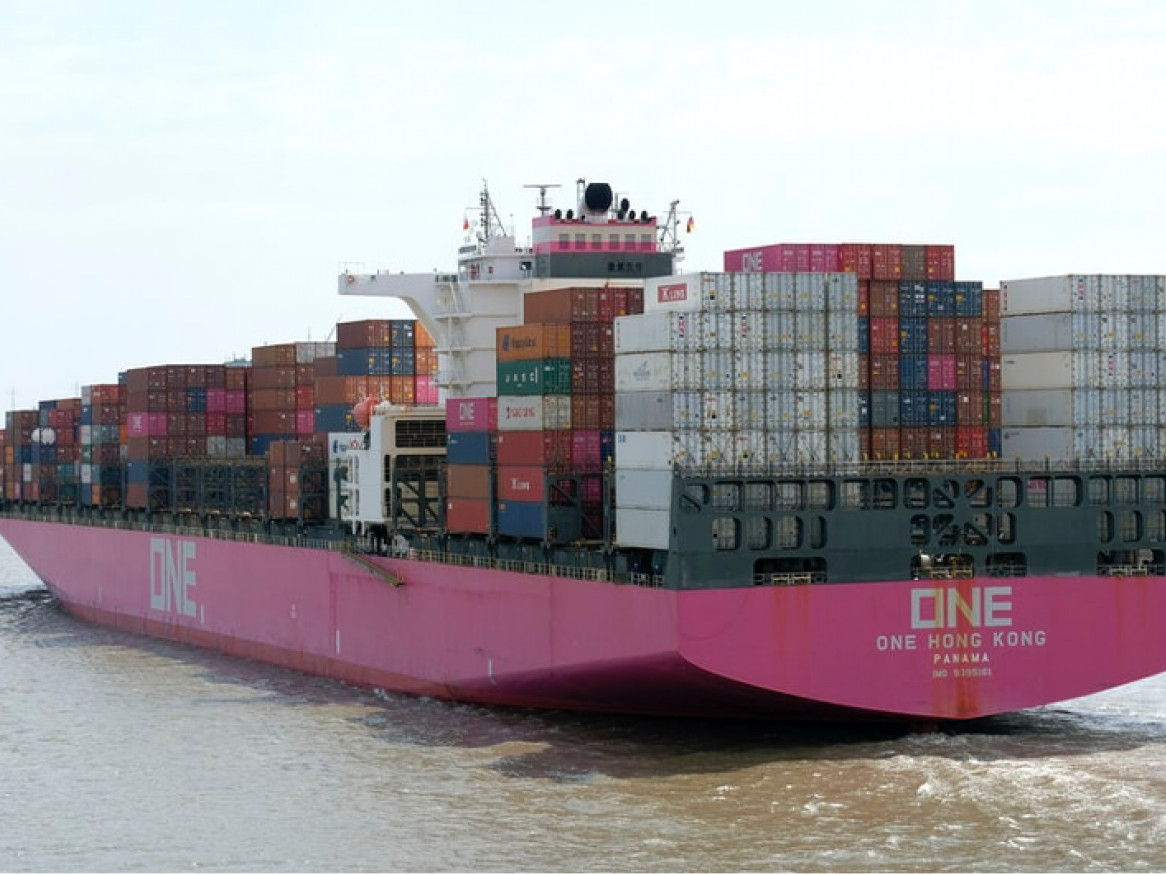 Natasha Jha Bhaskar, General Manager of Newland Global Group, a Sydney-based Australian corporate advisory firm specialising in the Australia-India space. AI ECTA is India’s first deal with a developed economy in a decade and only a second trade deal in a span of eleven years. It is indicative of how Australia’s bilateral relationship with India has grown in leaps and bounds recently, particularly since the elevation of ties to a Comprehensive Strategic Partnership (CSP) in 2020.

Hildegunn  Kyvik Nordås,  Magnus Lodefalk and  Joakim Wernberg
Digital  transformation of  the  economy  and society gives  rise to a need for updated regulations and rules of the game for the digitised market. Within the EU, this need is  reflected in a number of legislative initiatives, most  recently the Digital  Markets  Act (DMA), the Digital Services Act (DSA) and the Artificial Intelligence Act. This  work affects not only the European  market  but  also international  trade relations  that  extend  beyond the EU's borders. The EU is also part of the Joint Initiative (JI) on E-Commerce which was launched at the 11th WTO Ministerial in 2017 and aims at setting the global rules for digital markets.

Reform of domestic agriculture support in the form of financial subsidies has long been a vexed issue. One relatively promising area for reform is to address WTO members’ entitlements to deploy domestic support, rather than aiming to cut actual expenditures per se. Specifically, reducing entitlements would diminish members’ rights to increase domestic support payments in future. Such reductions are best targeted at those subsidies that distort trading partners’ production and trade incentives, rather than at subsidies generally regarded as either relatively benign, or minimally distorting to support domestic farmers and the agricultural economy. Read our latest working paper on this important issue.

Dr Lauren A. Johnston is Visiting Senior Lecturer, Adelaide University Institute of International Trade and Founding Director, New South Economics. China continues to prioritize its relations with Africa. As a result, China’s Foreign Minister, Wang Yi, has continued with a longstanding Chinese tradition of making an African country the first foreign visit of the year. This op-ed provides analysis of which countries were visited, and why, as well as how the schedule fits with China’s development strategy in Africa.

Why Australia fails to understand the EU

Richard Pomfret, Jean Monnet Chair in the Economics of European Integration at the Institute for International Trade, 2017-2020. Professor of Economics Emeritus at the University of Adelaide. Australian political leaders have long held a simplistic and misleading understanding of the European Union, due to over-reliance on reports from London for coverage of EU affairs. This op-ed argues Canberra needs to develop a more diversified and modern understanding of the EU project, and its value to Australia.

Back from the Brink! The WTO gets on with Serious Business.

Anthony Patrick Dela Pena Chua is Lead Staffer to both the APEC Business Advisory Council (ABAC) Philippines and the Philippine Services Coalition.
Jane Drake-Brockman is Founder and Director of the Australian Services Roundtable and a co-convenor of the Asia Pacific Services Coalition.
Some matters are too important and the benefits too great for the global trading community, to let another postponement of the WTO Ministerial Conference get in the way of timely joint action.

Why Abandoning the WTO E Commerce Moratorium is a Terrible Idea

Jane Drake-Brockman is Industry Professor, Institute for International Trade, Convenor of the JM Network, Trade & Investment in Services Associates (TIISA), Member of the G20 Trade and Investment Research Network (TIRN) and Founder and Director of the Australian Services Roundtable.
Services stakeholders around the world are banding together as never before in a last-ditch effort in the lead up to the 12th WTO Ministerial Session in Geneva on 30 November. Many issues are at stake, but one stands on a pedestal of its own; the WTO moratorium on customs duties on electronic transmissions.